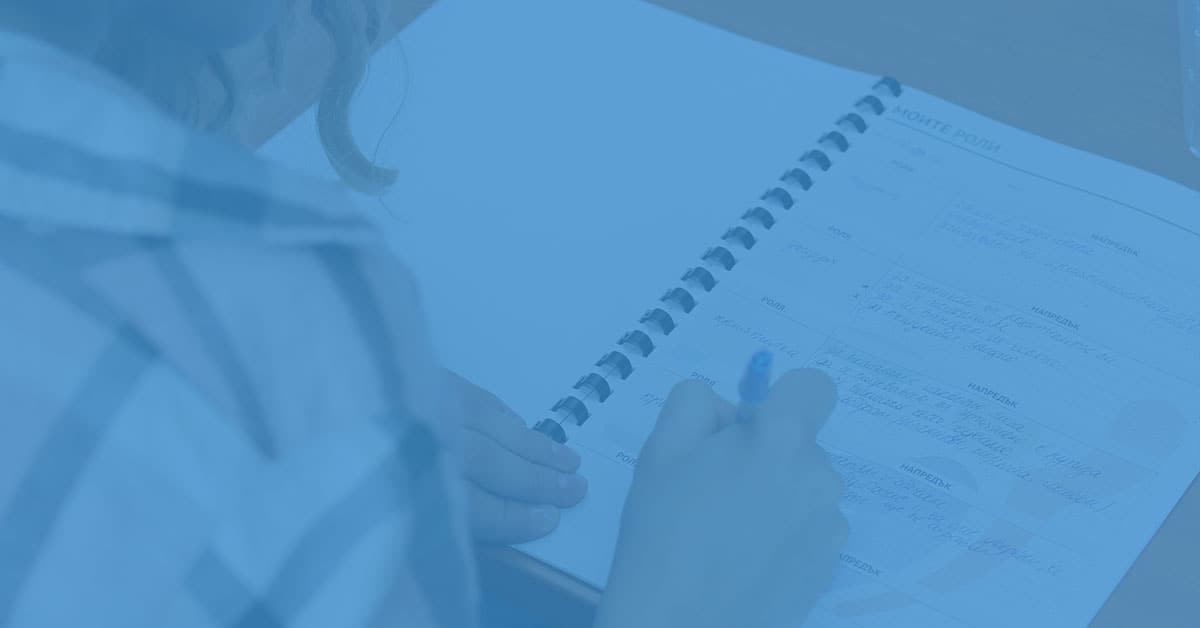 Obviously, you are hard pressed and running short on one of the most important resources in life, i.e. time.

And what about if, on top of it, you do have a big goal! How is it ever to be pursued when you are in a bind like this!

Well, there is a way! In this article, we point to a strategy and will give an example of how we are dealing with the issue. Our hope is that we can do some good for you as well as for your motivational levels.

It can go on for years…

It was Niki who found himself a few years back in circumstances like those listed above. In such a busy period for him, the idea of a new home came to life.

And it stayed just that, only an idea for almost two long years.

There was much talk but nothing more than that. It was mostly some long and unproductive discussions about the problems facing the project.

This is just a part from the long list of issues:

– No time for extensive search;

– Not many locations with good infrastructure that are close to parks, schools, etc.;

The whole thing was coming across as almost undoable. And that’s why there was always an excuse for yet another postponement.

But then Niki actually did take some action.

What we mean with this warning is the danger of excessive pre-planning. Really, don’t do it!

If you are a well-organized and meticulous person attempting to anticipate every single thing, then we have some bad news for you.

In goal setting, this almost never does you any good.

Niki had his own running with this issue. He tried to foresee every single possibility. He wanted the best neighborhood in the school district, the kindergarten close by and work not far. And he buried himself into the small print of the mortgage – the number of years to repay the loan, the dynamics of interest rates, and how the payments will change. And there was also the need to rent out his current house…

With all his effort and time spent on the above, he was also trying to eliminate any possible obstacle and thus have the whole picture of the puzzle ready in his mind beforehand.

Sure enough, this is not humanly possible.

But let’s note this:

A big goal? Or, not so grand after all? Is it hard or not really? All depends on the point of view, your perception and attitudes.

Sometimes your aspiration might look great in your own eyes and yet be quite trivial to the person next to you. Or vice versa – you might consider something a cake walk that another person finds to be insurmountable. Everyone looks at things from their experience and through the understanding of their own strong sides and limits.

The thing that matters most here is how you read the situation and why you would view certain circumstances as roadblocks. There is this undeniable fact:

If you sit down and write on a piece of paper all possible problems that you might encounter it will become a trial of its own. No matter how hard you try eventually you may have to simply give up.

There is a real risk getting down this road.

The sheer number of obstacles and the high number of unknowns can bring out a defeatist attitude in you. Then the easy way out is to decide that there is no point of trying to anticipate let alone do anything about it.

Well, even if you manage to avoid that line of thinking you do understand now that planning too much isn’t quite helpful or even possible for that matter.

How to approach the issue then?

Surprise, surprise! Acting is the key!

The idea to move to a new home languished for quite a while till it finally found its true benefactor in “GoalBuddy”. With his conviction that doing something is better than even the perfect plan Niki did just that – he started acting.

And after only a few months it happened – a nice new home in a great area.

Here we list the advantages that our system brought in his case:

First of all, the idea was no longer drifting to and fro like a rudderless boat, but it was anchored to the family vision. This shifted the center of attention to what’s crucial in the long run and at the same time put on the front burner the specific things that needed to be taken care of. Instead of fixating on the non-consequential, the priority moved to the significant long-term values of the family.

But there is something even more important:

Although it may look like completely nonsensical to act with no strategy while facing countless other issues Niki did it according to the rules of our system – he simply did make a move.

He did it in the easiest possible manner and without spending too much time. He didn’t even have to leave home. What he did was to check out the offers of one particular developer building new homes in one specific neighborhood.

And the last one:

Once you declare your intended weekly objective to your Buddy, there is only one way forward – you have to work on it.

We take this third factor very seriously since the social aspect is at the core of our system’s effectiveness. Over time we have proven that the role of this person is a powerful motivational force for doing your best on the weekly steps.

A single and perhaps a pointless action with no preparation whatsoever turned out to be a trigger for a cascade of further actions.

In Niki’s case, getting offers from one developer was a classic example of getting your feet wet. Later, of course, this led to his getting further and further into the deep of the housing market. Visiting various construction sites made him aware of a newly forming understanding what the new home should be like.

Once he told his close friends that he was registering considerable progress, new opportunities started popping out of nowhere. He got a real estate agent who showed him more properties which resulted in getting even better offers.

We’ll state it one more time here – these little actions accumulate and result in a goal accomplished with less stress and waste of resources.

That’s how things unfolded for Niki. There was soon a contract, the purchase, his family moved in their new home. It was just across the school, close to a park and work, with a spectacular view of the city.

The whole project was done in a way no one could have guessed.

When things start moving, you’ll realize sooner or later that it is impossible to predict everything.

Niki, for example, bought an apartment in a neighborhood that wasn’t anywhere near the top in his wish list, but the choice proved to be particularly good. This is yet another proof that it is pointless to plan everything in the minutest detail. Life isn’t to be foretold and that’s one of the reasons it’s beautiful and exciting.

An objective is reached not by being ready for every single eventuality but with small steps that sometimes can take you on an unexpected journey.

And what about the real problems you face?

It’s not unusual that some of the unfavorable factors are, in fact, nothing like that.

With hindsight, they looked not very significant to Niki. He wouldn’t even remember them if he didn’t have the habit of keeping a written record of everything related.

This happens too often. And the usual difficulties for most of us – the lack of time and focus – is mainly a rationalization for not doing anything.

If you ever have thoughts like “I have no time for lunch, let alone for goal setting” or “There are too many things on my plate right now” – then remind yourself this:

What you have to do for your goal isn’t a hard thing or too much effort but just one step per week.

We’ll never get tired of saying this over and over again.

Make things less daunting and thus likelier to get done

A small step means a little bit of work on your part. Let it be one call, one meeting, or just an hour of research. Just because it isn’t a demanding one, you can easily fit it in your busy schedule. And your Goal Buddy will be there next to you making sure you can find the time next week.

It is also vital to choose wisely the next move forward.

There are actions that set off many more in their wake. You have to figure out which is the one that will enable you to do more (with direction, information, contact, or any other).

We emphatically appeal to you: don’t forget how much you have done.

When looking objectively at a seemingly impossible task, you may end up assessing it as not a big deal after all. This interesting phenomenon also manifests itself when you look at things from the distance of time.

So, live and pursue your dreams being aware of this. Do not let the years blur your memory of how much the success did cost you. Or, it can go the other way and you remember it as an extremely hard ordeal.

Our advice is to write down these things – how much time, effort, work, etc. On one hand, this will show you what has been effective for you. On the other, it’s a good thing for your self-confidence.

One more aspect here comes to the forefront that plays a considerable role in that respect.

Going back and reflecting on past efforts, you will always see how, just like Nikki, a two-year endeavor quickly transformed into an achievement within the span of only a few months. And it all started with something very small and easy. So, don’t you ever forget that’s how it is supposed to be done.

Here we want to put up a summary of what you should do when short on time.

What is your goal?

If it appears to be too difficult, i.e. you don’t have the time, the money or there is any other big roadblock on your way, then you just start by doing something, anything for that matter, towards your objective.

We hope you will be able now to accept it with cool that everyone has those moments when we feel down or stuck in a situation doubting it all. As you can see, even we are not immune to this, even after years of experience in the field. In the end, we always manage to get out of it by employing “GoalBuddy” to its fullest. This worked for us 100%!

Are we an exception? Hardly, but one thing is for certain – our system is exceptional. Give it a try!

Do goals have a place in a period of cataclysmic changes?
How to be a master of your emotions to the benefit of goals
A million things will happen when you do this one thing
A big step forward or few and smaller ones over time… Which is better?