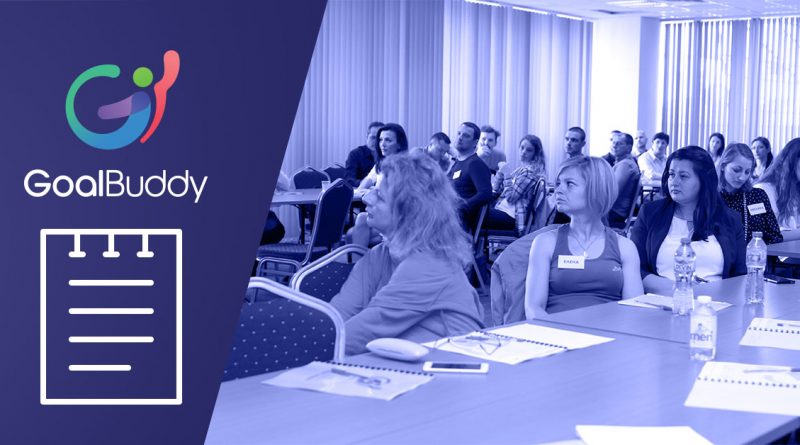 You go through life, you do this and that, you go after your goals. And it’s a great feeling when you succeed in your endeavors. All looks fine until one day you ask yourself, “Why am I doing this! How did I get here? Didn’t I use to have different dreams!”

Today we will help you find out if you are you are in the pursuit of something which is out of synch with your true nature. You may be surprised by what you find but it will motivate you to take back control of your destiny.

What happens to our dreams

As a child, Ivan had talent but nobody in his family of engineers paid much attention to it. He loved to write and he was good at it. This faculty with words was developing hand-in-hand with him growing up.

After middle school, he was accepted to an elite high school. On the entrance exam, he scored higher on his essay than on the math part. And that was a bit of a surprise to him since he didn’t put much effort in preparing for it.

The good student he was and yet his fascination with the written words was crushed as he received his first D minus. And then there was another one and another one. This went on till the very graduation.

You may think this wasn‘t a big deal for him, but it was in fact the…

… beginning of a very bad idea

It was then and there, on his desk in the classroom, that Ivan got convinced that he can’t write. This realization only got stronger with each next low grade.

There were two things that played out together: on one hand, his persistent effort and on the other – the negative “feedback” from his teacher.

Just a couple of years in high school proved it to me that I am no good in my writing. I accepted that and turned it into my personal belief.

The far going of a bad grade

We all have preconceptions that can predetermine the decisions we take throughout our lives. And there we end up moving in a direction further away from what we envisioned.

So, that’s what happened to Ivan. Consciously or not, it defined the beginning of his career path. After being persuaded that he was pretty average in his literary gift, he turned his effort and expectations to mathematics.

He chose an engineering major at the university and after graduating he worked for a construction company… should we go on?

To love (writing) in spite

And yet, the urge never left him. Soon he was posting AutoCAD articles on a blog without thinking too much of building an audience but just for the sake of his personal reference. He even felt some uneasiness that he was putting himself into the spotlight and thus opening his “literary” skills for criticism.

Still, just the opposite happened.

“A talent moves in mysterious ways”

It wasn’t long before this extracurricular activity of his led to two things.

First, Ivan was receiving more and better feedback from the increasing number of readers. They shared how valuable his work was and how grateful they were for the well-presented content. That was the beginning of the end for the limiting belief.

And then, the idea to organize these 200 something posts in an online course came to him quite naturally. This was the birth of aula.bg. His first students were those who enrolled in the AutoCAD course.

An engineer and a writer? There is no such thing in nature!

Of course, there is!

The ability to clearly express himself in words was not only one of the most important reasons for his successful business but still is an indispensable part of it. To this day he keeps creating the content of all marketing materials himself. He acknowledges the value of doing it with the following words:

The existence of aula.bg is a result of a substantial degree of my writing ability which was once evaluated with D minus.

So, his deep conviction that was a source of constant insecurity for years has gradually started fading away.

The three sources of such limiting beliefs

As it is more often than not these are likely to be found within childhood – school, family, and friends.

No one is immune to some negative attitudes when it comes to their own qualities and worth as human beings. Even if you can’t be sure when and how it all began, it was probably thanks to one of these three influences in your environment at an early age.

Have you had a teacher who, instead of encouraging you, has been keeping you down with words like “You aren’t the sharpest tool, are you”? Or maybe it was a parent (regardless of the amount of their love and care) who would keep comparing you unfavorably to a sibling? Or a friend who would jokingly suggest something of that sort, “Do us all a favor and don’t even think of trying it”?

The storyline from your childhood can go well into adulthood if the unsupportive environment is prevalent.

But it’s not just your immediate environment that can have this negative effect. It is possible to be in the wrong place at the wrong time and get a crushing evaluation from a complete stranger. This could happen when you are trying something new. These could be moments when you are well outside your comfort zone and thus more vulnerable. Words of criticism at this point can get lodged deep into your subconscious and become an obstacle to any potential progress you might have in the future.

How to identify your limiting beliefs?

Some don’t think that they’ll ever be rich; others – that they can’t get in shape; and there are those who give up on building a healthy relationship. Most of these run deep under the surface of the conscious. You can only feel that there is something on the inside that prevents you from becoming the best version of yourself. But you can’t exactly put your finger on it.

Pinpointing the nature of your limiting beliefs is not easy. It’s not like any other task which you simply do in one day and move on with your life. It’s a long and difficult process. This realization is one of the crucial moments in understanding how to deal with it.

There is a correlation: the better you get at doing something, the more confidence you acquire. Not quite a light-bulb moment, right!

And this is the key role that “GoalBuddy” can play for you. It gives you a proven mechanism for succeeding and thus helping you out of a downward spiral into an ascending one.

But let’s share with you how best to handle it.

Just a few steps back

The reverse engineering method is based on the analysis of the results.

Make a review of anything that you haven’t been happy with for a while. Then pose the question of what specific actions of yours have led to them. Try also to establish which part of your thought process influenced your behavior in the most. Finally, try to name the beliefs that made you think in this specific one manner and not any other.

You may not be able to get the correct answer right away, but with time and effort, the picture will become clearer and clearer.

A very real problem – goals born out of limiting beliefs

There is the inevitable situation when you are not just getting by with your fears and worries. It can really escalate from bad to worse if you let them influence how you choose your objectives.

You will end up going down a road outlined not by your true aspirations, but by chance and circumstance on top of your low self-esteem. Such is the case of becoming an engineer, just because you had a bad grade or two in literature and your only other alternative was mathematics.

The other trap is to completely give up on improving yourself because it’s been hard-wired in your brain to be a lost cause. You never try to get into shape just because you are convinced that you have bad genes and therefore there is no chance you can slim down.

Are these goals authentic, or you simply perceive them as such

If you want to have a happy and meaningful life you have to know the true origin of your aspirations and get rid of those that are imposed on you by others.

Look carefully at them and think of how you can be 100% sure what they really are. If you can do that and if you know the reason you want them then you’ll have the most telling sign whether they are truly your thing.

Asking the “Why” question

A goal, let’s say a material one like buying a big house, can be both your own and at the same time be one driven by the desire to show off some social status.

You can recognize it as yours only if you have a real answer to “Why”. Is it also somehow related to your life vision. For example, a big house can be a part of something bigger yet. This could be the idea of living in a spacious home with a playground and a barbecue in the backyard, a place where you raise your kids and have your best moments as a family.

In other words, a solid justification based on this dream will give you the assurance that you are on the right track and that you are actually living your own life.

How not to let insecurities define you

Unmasking your limiting beliefs is an ongoing and not a one-time event – a process that requires to be applied repeatedly.

That’s why it will be so helpful to work within a system.

“GoalBuddy” makes it perfect for you because it has the mechanism to analyze your long-term objectives on a regular basis. Every 90 days, when you meet your partner to have a closer look at the past quarter, make sure you examine the details thoroughly.

It will only get better

Over time, you’ll become aware of every single inner inhibition you might have. And then, with every accomplishment, you can start conquering them one by one. You will learn how to set the short-term targets always having the big picture in your sight. That’s how you stay faithful to yourself and your authentic goals.

The right type of goals in a material world
Around the world in 90 days… goal setting
Welcome to the Jungle of Goals
Dropping a goal after a long break? How to get back into the game

5 thoughts on “How to know that your goals are authentic”