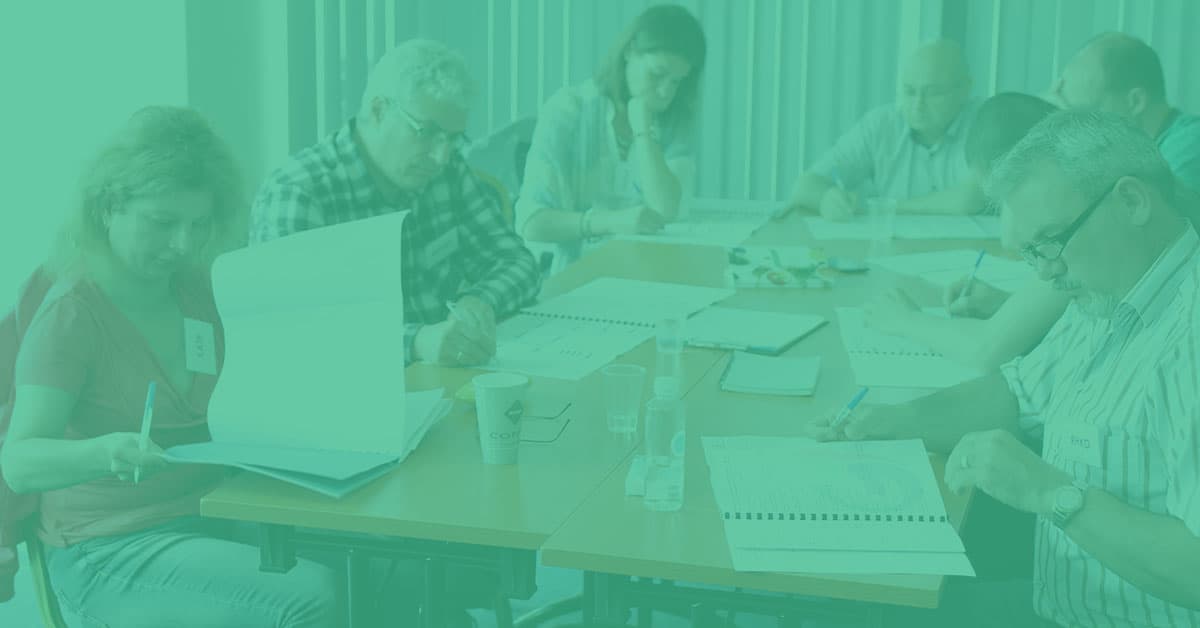 Evolutionary speaking running was a matter of survival. Be fast or starve, or worse – be eaten.

But for us, humans, something else was in play.

We are slow, physically weak, there is nothing to give us an edge such as horns, teeth or sharp nails. Still, as species, we’ve conquered the planet. Why do you think?

It turns out that one of our advantages is called endurance, i.e. the ability to outlast even the fastest antelope.

This made us wonder what would be the best pace in respect to achieving goals – quickly and right away or at a slower rate even if it might take a while.

We can do it better

Although we aren’t natural sprinters, we got something else – not much fur and a lot more sweat glands.

Thanks to this, a protracted cardio load doesn’t mean overheating. Sweat is our cooling that allows us to continue running.

The ability to keep going helped the early humans to slip away from the paws of death as well as to literally outrun its prey. In other words, this advantage is a winner.

While the marathon wasn’t on the mind of evolution endurance was encoded in our genes.

The ultra-marathon is one example but there is a better one.

Christopher McDougall’s book “Born to Run: A hidden tribe, superathletes, and the greatest race the world has never seen” tells the stunning story of the North American tribe Tarahumara. In the harsh climate up in the mountains and living in villages far apart these people can run for days covering hundreds of miles.

And they enjoy it. Happiness is literally in their feet.

Sure, but not quite literally.

Just imagine how far in the distance your objective is and how much you have to overcome in order to achieve it. There are two alternatives.

You can fly off the start line, giving everything of yourself in an attempt to get across the finish as quickly as possible. This is a sprint.

Or you can decide to pick up a steady pace and go through the distance mile after a mile. This is a marathon.

Let’s expand a bit about these two options.

Sprinting, or “What’s the rush!”

You can’t be at fault if you want everything and you want it now. That’s a big part of modern culture.

In the past few decades, a trend emerged of a moving fast forward way of life with an increased number of possibilities for personal and professional growth.

Do you have to get to Dubai? There you are in just few hours on a plane. Did you purchase a book online? It’s on your doorsteps the very next day.

So, it’s only natural that your attitude towards goals may be afflicted with the same expectations when you shop, work and, in general, the way you live…

We have to admit that this works but not always.

The “sprint” in goals has its pluses

There are times when the adrenaline rush will save the day.

Having your own business requires often times to be lightning swift in beating the competition or to meet a deadline.

But there should be a key rule to this. Such periods should not exceed ten percent of your time just like it is unrealistic to be on high gear all the time.

The downside of the “sprint” in goals

Betting the farm on dashing towards an objective is a big-time mistake. Here’s how it could badly hurt you.

Suppose that you have a great and inspiring vision which you are pursuing with much drive. For it you compiled a list of 24 steps. You act on these in a focused and dedicated way for a full week.

In the following days, some fatigue starts creeping in but you still decide next week to complete some extra steps. You give almost all of yourself till you simply burnout.

It’s no coincidence that patience is regarded as a virtue. The “vice”, on the other hand, is more widespread than you suspect. It can afflict you in any goal, including the most common which, no surprise here, is getting into shape.

The syndrome of “Six pack in six weeks”

Looking at the annual attendance at any gym, it will become clear to you what motivates the behavior of most people.

The first few weeks of January, the halls are full of those who have decided on a New Year’s resolution to lose weight. They subject themselves to some extreme programs of tough diets and exhausting fitness exercises. But there is no way that this can become a routine for anyone, bar a professional athlete, of course. So, it can’t be anything but a temporary thing. In just a couple of weeks, the gym is as empty as before the holidays.

And in early May people come back when their new target is to get fit for the coming summer. Perhaps you can make an educated guess if this lasted and when those same people will be back which is, of course, next January.

Why it never works out that way

The problem of treating objectives like a sprint is rooted in short-term thinking. This simply can’t work over time because it is sustainable for just a little bit.

You either put a stop to it right away or this exhausting tempo will deplete you of all your resources as a human being. This will cost you dearly – your health, peace of mind as well as relationships at home and work.

It’s a simple fact that the strain will eventually wear you down or at least slow you down. As a result, you will enter the vicious circle of overall poor performance in goals which will lead to disappointment and thus a reduced motivation.

Luckily there is another strategy which boosts confidence and releases energy. It is this long-distance race we talked about earlier.

Marathon, i.e. “I’ve got time for everything”

Considering achievements, the comparison is based on the ability to persevere in our efforts over an extended period of time.

We believe in the far-reaching perspective. We called it “vision” – that far away dream, which is like the horizon, and yet you strive towards it step by step each day getting closer to it.

For us, moving forward is a way of life, not a whim or a fad.

So much depends on the attitude. Try to free your thinking of the “here and now” paradigm and to adjust your perspective to what you aim at in the future.

Our “marathon” is going the distance of time. You’ll be “running” for years and you’ll be doing it at a steady pace.

The trick, if we may call it that, is to register constant progress through small but regular steps. One foot in front of another, day after day and you will realize that the effect of accumulation is for real. That will feed in more and greater self-belief with each achievement no matter how insignificant it might seem. The power is in the unrelenting and steadfast course of action even if it is such a time-consuming effort.

Daunting it may be but…

Our system is tuned in a way to make a smooth transition from your instinctive inner sprinter to a natural marathon aficionado.

The first thing to do is to set a 90-day goal for action according to your objective. Then decide for yourself on a steady speed with some weekly increments of your own choosing. Here the rule “less is more” applies in full. Don’t be tempted to get ahead of yourself and put more than one action step per week. This ambition might very well pull you back in the trap of the sprinter’s mentality.

From then on it’s easier – keep the same rate every week. Soon you will find out how far you’ve gone and how much more energy you’ve gained.

Hurry up! But slowly. But not too slowly.

We’ve already warned against racing the clock and how that would put too much stress on your body and mind. The other extreme is no good either. Moving like a snail will definitely not make you feel particularly happy with yourself.

The measured approach is to properly assess your ability and set a realistic target. Don’t push yourself too hard in any way but don’t take it too easy either. If you know you can do the gym three times a week, do not try to double that. You run the risk to just call it quits.

Do you remember our gym example from before? Let’s see how Ivan is doing it.

Several years ago Ivan decided he needed to work on his health vision according to the rules and norms of “GoalBuddy”. His plan was to do it with a personal trainer three times a week.

On the very first day, the guy asked him, “So, for how long we’ll be doing this? Till summer?” “We will train together for the next 25 years”, replied Ivan. This was quite an unexpected answer and the fitness instructor didn’t take it at face value.

Since then Ivan has been doing the “marathon”. He is still sweating in the gym three times a week with a perfect record of attendance.

A “project” without an end

Recently the trainer made the following comment of satisfaction, “You may have proven to be my most successful project!” Apparently, he meant the results and Ivan’s progress.

What he probably still doesn’t quite realize is that it will be his longest project. We wish you the same.

Set your own pace with which you feel good but not too comfortable. Be focused and persistent. And never stop moving – speaking figuratively as well as literally.

The road reveals its opportunities before you when you “run” and not when you are stopping at one place trying to figure out which way is best to go.