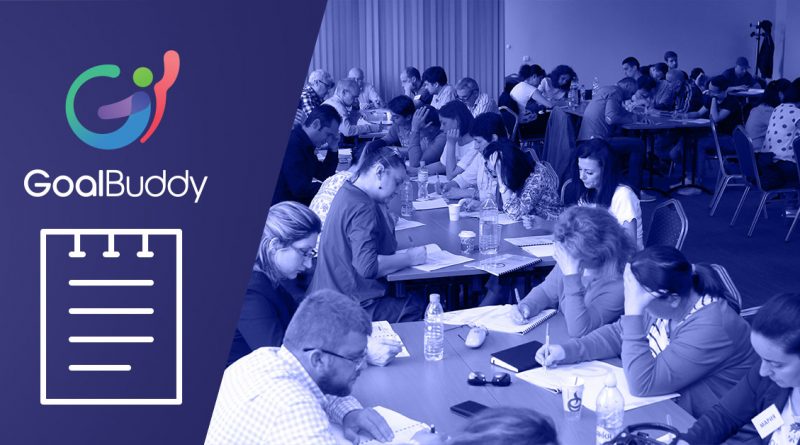 Getting into shape is something that everybody had to wrestle with at one point or another.

We are no exception, we too had our fair share of struggle with it for quite a while. It was years of minor or no significant progress before we finally managed to get a good handle of it. The underlying rules and concepts that we developed along the way are very much applicable across the board in goal setting.

Today we will talk about the insights we appreciate most. They were instrumental for the pieces of the puzzle to fall into their places. In the end, this allowed us to lay down the fundamentals of our system.

We are far from having the expertise of the professionals in the field of health and fitness. But we feel strongly that our own experience is worth being shared.

Niki has always been a skinny guy. So skinny, in fact, that he felt it was something of a “fault” that needs to be corrected.

When in his early 20s, he started exercising. There was plenty of it, plus many systems, including one of Schwarzenegger’s. Still, it all was to no avail, no Herculean body-build whatsoever for him to feel good about.

And then a breakthrough…

It is only logical that an appropriate diet would do the job. That was especially true for someone like him.

It didn’t simply dawn on him, however. A personal fitness instructor suggested and then designed a custom diet. Niki did his best and the results followed soon after.

In just a few months

The program included alternating days with six meals and ea seven ones. Wasn’t he lucky to have the time!

Nutrition made all the difference for him. Here are the lessons he learned:

You do that within the 90-day periods. Obviously, you have to be more open-minded when things aren’t quite happening. Or, to put it in Einstein’s own words:

“Insanity is doing the same thing, over and over again, but expecting different results.”

Best is when you regularly review your progress and methods. This must be followed by wisely choosing a new and better course of actions leading you towards your goal.

Niki noticed that if he was taking it easy things weren’t going very well.

No one would argue that a long-term objective like that is hard to be done in just a few months. You need to follow a routine that’s for life. And your best bet is to do that with small and steady steps. In fact, that’s true for any type of goals.

Maybe it would be fun to re-invent the wheel but we think it’s preferable if you apply the “Who can help me?” strategy. Niki did exactly that by looking for the advice and assistance of the fitness instructor.

If you are novice then reach out to an expert. The professional can quickly identify a problem and give you the best advice on how to overcome it.

Niki’s lessons from his “fitness ordeals” did find their rightful place in our system:

Set up these 90-day experiments. Stay on them long enough so that your strategy can unfold. Then take a measure of the process and change things accordingly. Find someone who can help you with this.

Ivan: At the other end of the spectrum

Unlike Niki, he was fighting with being overweight for many years.

No matter what he did, special diets, exercises, and other programs, he couldn’t get below 250 lbs.

The toughest thing to do

This became one problem that he simply wasn’t able to figure out.

The creation of our system GoalBuddy was due to Ivan’s strife in more than one aspect. Namely, his desire to understand why it was so that he was making one mistake after another.

“I wonder if I’ve lost any weight!”

For years in a row, he would ask himself those same words on Dec. 31st.

Before our system came into existence he, like most of us, would set an objective in the form of a New Year’s resolution.

Sure enough, this never worked out. The scales of weights were a few pounds up or down…

Another issue was the very definition of the objective. It was more or less in the lines of the general wish of “getting into shape.”

He was fooling himself that “losing 10 lbs in one year” was more than specific enough to do the trick. At that time SMART was picking speed around the world and he decided to give it a try.

Alas, the popular system didn’t help either. He read something about how fat and not just muscle mass is the real culprit. He quickly “improved” on the definition with this – “200 lbs and 13% body fat by the end of summer”.

It may seem funny now but that was his reality just a few years back. He would choose an impossible target that meant only one thing – he was setting himself for failure.

When things become way too complex

But it wasn’t just the words. It was also a matter of his mindset and attitude. Back then it would be unthinkable for him to even consider exercising.

He wouldn’t have had the time for the gym. There was too much going at work, home, etc. He would readily skip exercise when he got short on time. All of this made him think of how to build better life-long habits. Easier said than done, right?

Breaking free out of old and unhealthy routines

And how do you choose a habit when things go downhill regardless! Ivan had tried everything.

He decided to try the online training of one of the most popular fitness gurus. He also did a 3-week intensive course supervised by a personal trainer. Even a customized version of the same program didn’t do him any good.

All of this came to nothing more than a waste of time and efforts, not to mention the bruised ego and lower self-esteem.

There was a silver lining still – the lessons learned and the fact that they were later implemented in the GoalBuddy system.

Lesson # 1: Focus on the action

You will not be able to succeed if you commit only to the result instead of the actions towards it.

It is simple. Aiming at what’s beyond you means assured defeat. And when your own actions are the goal, not the end result, it is much more likely that you will succeed.

Finally, this notion got to him. He started outlining the objectives in terms of his own actions and not the outcome. For example, not in pounds and body fat percentage but how often he exercised.

That’s how the careful planning for a 90-day period became a fundamental principle in our system.

From that very moment on his new exercise habits started taking hold. But there was an additional element to it. In essence, it was trying out various approaches and sticking to them for long enough so they can come to fruition.

So, Ivan would go on for three months with a routine. Then he would analyze and decide whether to continue in the same manner or to try something new. Some changes were so effective that he still employs them to this day.

That’s what one would call a remarkable and surprising turn of events.

The first thing was to overcome his dislike of jogging. It looked to him pointless and a bit strange, if not outright too stressful type of exercise. Nowadays it is an integral part of his weekly routine.

Next was swimming. He realized it was actually quite intuitive and natural. And now he does pool laps for a full hour.

The gym is his last stop. He does it three times a week under the supervision of a personal trainer.

There are many positives here but let’s emphasize the following one.

This is the central and most basic concept in our system – the “accountability partner”. It is a form of contract, a promise, which is both motivating and enabling his commitment. The agreement counterpart is the person who we call the “Goal Buddy”.

Both Niki and Ivan have a complete meeting of minds in their understanding of how things should be done.

You need to define the objective in such a manner that it is closely related to your actions. Then you can try different approaches for just enough time to unfold. Those that do well should be incorporated in your habits. Last, but not least – make sure you get help.

Everything we talked about so far was good and reasonable to be pointed out. But there is this one idea we see as most important. This is that the vision for health should be a must for everyone. If you are sick or even slightly indisposed then you wouldn’t be able to do anything else.

That’s why we would like to summarise a list of suggestions for your physical and mental well-being.

Elements of the vision

Without being a final authority on the subject we strongly recommend that you carefully examine the following:

If you do all of the above then you will be rocking. But if you skipped on your morning jog and didn’t get enough sleep because you spent the night working on a project then you’d better not even think of getting good enough at your goals.

One bonus piece of advice

There is something wrong if you have too much of a trial and struggle while not enough moments of fun.

It’s wrong to think that achieving your dreams should be made of only hard moments and a number of painful experiences. Try to find joy and have the most fun in staying healthy and fit. Find the time to do those things that fill you with happiness now and will do so for the rest of your life.