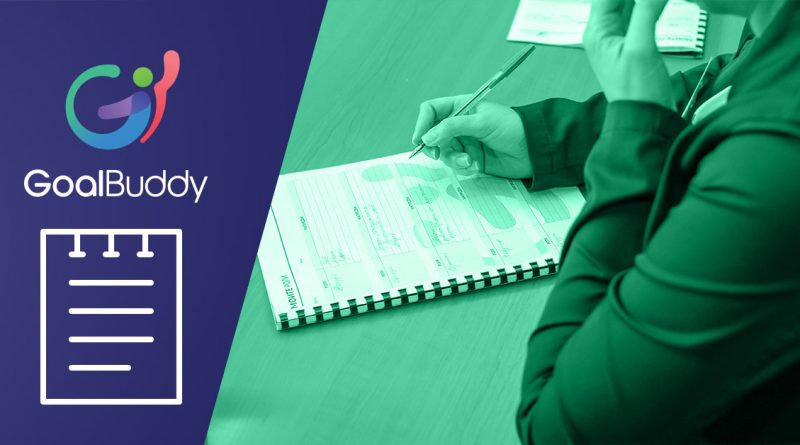 Without having your objectives put down black on white you may very well don’t bother with them in the first place. Wouldn’t you agree! Today we’ll show you some evidence that working in a systematic and organized way toward your dreams makes all the difference between real success and just daydreaming.

“What they don’t teach you in school”

There is this research intended to evaluate the relevance of goal setting. It was done in the ’80s among Harvard MBA students. They were asked to set some long-term targets. Some wrote those down but most didn’t. And there were those who didn’t want to set any. Some years later the researchers did a follow up on the same people from the study.

A story that took a life on its own

This story has become quite influential. For decades it has been cited in a number of books and lectures by many of the well-known experts in the field of personal development.

Recently, though, some people started questioning the authenticity of it. It turned out there wasn’t a shred of evidence such study was ever done.

So, a question arises:

We would say, “It doesn’t matter!”

It is beyond doubt for us that anyone would benefit from writing down their objectives. And it isn’t just us. Many more people around the world were inspired by the moral of the story and started working with dedication and focus towards fulfilling their aspirations.

Different people find different reasons to do it. Let’s look now at the various cases and see which one of these describes you best.

We start with those who are somewhat skeptical of any substantial need for it.

“I don’t think I have to write down my ideas and goals because with time they are going to change anyway.  I’d rather have them in my head only. That seems to me a better and less restrictive way to do it.”

Even if not a majority there are too many who embrace this attitude, including those who have a strong interest in their personal growth. We would ask our audience at a hall meeting who has dreams (pretty much everybody raises their hand). Then we inquire who has goals (not as many). Our last question is who has the habit of writing it down (very few).

The key here is “feeling”.

It’s very tempting to let our imagination fly high up in the skies while trying to put that experience in specific words is quite difficult.

But it is as rewarding as hard to do it. Not until you formulate what you want, you will fully understand it as truly your thing.

The only thing that’s real about this sensation is that it becomes a trap:

The lack of clarity

Try to mark down the steps of a project which is sitting perfectly clear in your head. It may take you a while before you wrap it up. It’s definitely not as simple as you would expect.

Only when you commit your goals to paper you will know for sure if you understand them.

An objective that you can’t write down in detail is simply a fantasy. Not to mention how realistic is to build a castle in the skies.

But there is something else to it.

We know very well that the dynamics of our everyday life require us to react and adapt all the time. That could be a reasonable argument against putting your objectives in writing. Still, there is the inevitable “But” here:

To think that goals, written or not, change over time and therefore it is better to be flexible is actually to surrender control over the whole process.

Your plans will undergo some transformation regardless. It is something that happens no matter what and you may easily miss the scale and direction of their transformation.

Sometimes we go back a few months to find out how we perceived a situation at the time. Often times it is not what we thought. This is perfectly normal – everything evolves, including our objectives.

And yet, this is not a good reason to forgo that.

It doesn’t make much sense to switch directions because of the ever-changing circumstances. This is the time to be creative while enjoying your freedom. Try to apply the rules of “GoalBuddy”. You will have your long-term 25-year vision while you can experiment with short-term strategies to get closer to it.

The tricky part is in the following:

Give the strategy time to work!

The inflection point in our system is at the end of the 90-day period. That’s when, but not sooner, a change of course might happen if needed.

The role of the quarterly review is to stop you from getting distracted. It is the time when you can decide how to proceed. It allows you to gain confidence that you are not wasting time and efforts going down the wrong way.

“I think some ideas need to be written down. This helps me when deciding how to act on them. I don’t think all goals need to be in a written form. They do change over time after all.”

Those who see it as stated above are well ahead. They already have built the habit of carefully choosing and writing down their priorities.

But there is an underlying issue nevertheless.

Not all goals are as worthy…

The risk is in overestimating your own ability to remember everything that you haven’t made a record of.

On the one hand, it might be wise to simplify the process and not clutter it with too much “paperwork”.

But on the other hand, you might end up heavily tipping your efforts towards some objectives and neglecting the rest.

The Wheel of Life

It is crucial to have balanced progress in all aspects of your personal and professional development. A career shouldn’t be at the expense of family or choosing money over your health.

You need to have a vision and goals (written ones) for all that you deem most relevant for you. Otherwise, some will take precedence and others will be relegated to a low priority status and probably soon forgotten.

This would be no longer a problem if you get to the third level.

“It’s important to write down all my goals. It becomes my commitment to bringing them to a successful end. But I don’t have to organize and manage them in any way.”

This line of thinking is a step forward in the right direction. The challenge is no longer “why written goals”, but how “how” to do it best. There are two aspects to consider here.

First of all, we recommend finding a suitable place to keep your notes.

Creating a record is not enough, especially if you can’t find the napkin or whatever loose piece of paper happened at hand, right? Obviously, these are no go. Also, don’t put your notes away only to pull them out around the end of the year to check how you are doing.

We believe you can achieve much more if you use a filing system of sorts. We went through much trial and error in that respect. Here are some of our misses and close calls:

For a while, he was using sticky notes and placed them on the usual spots, such as the fridge and his pc monitor. And while they were in front of his eyes all the time, they also tend to simply “fly away”. It’s not reliable enough media for the purpose.

For years, he was trying out all kinds of tools and apps: Evernote, Google Sheets, Trello, etc. And yet, none of them fit the bill.

He did it the old school and got a notebook. The advantage was that every page had one goal and the corresponding steps. Each week he would rewrite one of them. It was news for him how this one action made the goal permanently lodged in his mind.

There is a downside to it, though. It would be close to impossible to keep track of dozens of notebooks. Not to mention how cumbersome it was to search, reorder or put additions and comments.

In the end, we decided to develop something of our own to deal with it. Yes, it is the GoalBuddy mobile app. But let’s not get ahead of ourselves and instead go back to the second aspect of not having a systematic approach to your notes.

The question is not just where and in what manner you make a record of what you want but also finding the right words for it.

For a long time, most of our efforts resulted in a word salad.

It was a challenge at every step. Lasting motivation, focus on results or actions, the optimal time frame were some of those worth mentioning. We’ve been trying with two-week projects, three-year, five-year goals… We’ve learned it the hard way – the SMART method wasn’t doing us any good.

Eventually, we built our system which fully reflects the last level we are going to look at now.

“I think all my goals must be written down. I want to be able to review them and track how they get reshaped with time. And I prefer all of my goals to be recorded in a well thought out manner so that I can make sure they are consistent and not conflicting.”

What would that realization do for your dreams and plans?

There are several advantages when you have everything “documented”. One is that you can see right away if you are getting away from or closer to your objective. Another is that your long-term vision gets the test of time. Plus, you would have employed the best strategies. Last but not least, you are not going to miss out on something central to your life.

A sensible layout which is also easy to handle gives you a much better chance to make it all the way to the finish line.

You go back to examine your actions in retrospect so that you can analyze and gain important insights. This might not sound very exciting but it is an indispensable precondition for living consciously and not letting life pass you by.

Of course, you will need some extra time to do that.

This is the personal time you take to work on your dreams. This is not a wasteful task but quite the opposite. It will recharge your motivation with the energy needed for the next quarterly period.

It’s very much like pulling over at a gas station to refuel. It may slow you down but you will definitely get where you are going.

Give it a try

Whether you believe in the story we started with today, we would like to suggest something. Just give it a try and then make your own mind about it!

There is nothing to lose if you start right now writing and getting organized with your goals in a thoughtful and orderly manner. And if you do so then you will have all your life to appreciate it.

Top 5 Reasons for Delaying Goals (The Goals Pyramid)
Key №3: Action [excerpts from the book]
How to achieve a clear understanding of goals and avoid putting off action
How to steer clear of the most common mistakes with your Buddy – part II

One thought on “What we gain when writing down our goals”