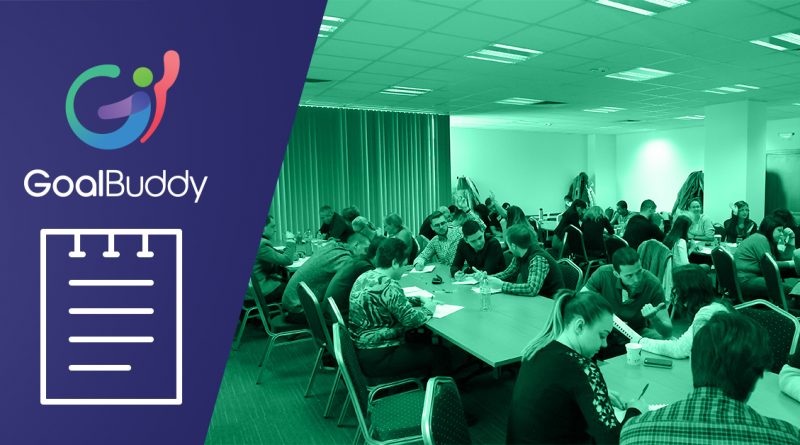 Surprise, surprise! We are all humans and by nature are bound to experience from time to time some setbacks in anything we do. Regardless of how motivated we might be or how well we know what we want it is inevitable to run into trouble with reaching this objective. No one is insured against the predicaments that everyday life can throw our way.

Today we would like to share with you what transpired when we found ourselves in that kind of situation.

The problems we all face

Not long ago we conducted a simple survey of our audience. We are thankful to everyone who took part in it.

The question was “What is the hardest thing in the pursuit of your goals?” These are some of the most typical answers:

Do you see yourself in any of these? We do! There are various reasons for that. Here’s what has happened to us not so long ago.

An important moment in time

Last fall we were very close to fulfilling our long-time dream of publishing a book about goal-setting.

September was coming to a close and we were supposed to have our regular quarterly meeting.

However, some unexpected developments in working on our book took over everything else and the meeting never took place.

A sprint to the finish line

We were aware that getting the book out to the market might take a little longer than what we hoped for. In reality, it took five times as much. Eventually, it was a real dash towards the finish line. We have already talked that this is perfectly okay in the short term. For example, it is the case when a deadline is closing on us. But we shouldn’t make a habit of it – it is a bad idea since it is too stressful and throws off balance our normal mode of operation.

How we got off-track

We were so busy that we were unable to define our next goals in the usual way. This, in turn, almost made us fail.

How we usually take care of it

Normally, we get together at the end of the quarte. In this case, we had to spend a few hours in the last week of September or the first one of October so that we do a review of the past period and then plan our next actions.

These meetings include some key exercises, such as confidence building, measuring progress, plus a summary of the lessons learned. The most important outcome, however, is having in the end well-defined objectives for the next quarter as well as the first weekly steps.

For the first time in years we didn’t do it.

We were both fully aware of the risks here. And yet, our daily life was pressing on with its priorities and commitments. The way out was once again mapped by our system.

We re-discovered how it is possible together with our Buddy to think in completely different ways and yet complementing each other’s efforts at the same time.

For the two of us, it was diametrically opposite approaches – from vision to steps vs from steps to vision.

Niki – from the vision to the weekly steps

It has always been his personal preference to begin with the big picture carefully drawing up the vision. Then it is the 90-day goals and finally, he does formulate the weekly actions.

Usually, he needs just a couple of hours to go through it but this time around he didn’t. October came and ended while he was postponing and delaying. Eventually, he started the process but failed to come up with specific actions.

Niki and his “rough ride”

The reason for the delay was that he wanted to use every possible spare moment for his top priority – the book.

There was another factor at play – he was under the illusion that he had it all figured out and ready in his head. He was way too optimistic that he could handle all five of his goals even without carefully writing them down.

And that’s exactly what trips most people – the disorganized and ad hoc approach. Here is Niki in his own words:

“For me clarity is paramount. The steps of vision review and then setting the goals is not a formality which is to be taken lightly or rushed through. It is the best and most effective way to achieve a perfect understanding and focus throughout the whole process of working on our objectives.”

Eventually, bit by bit and with much determination he was able to re-instate the routine in his day-to-day life. And by the end of the year, he got fully “in shape”.

Ivan – from the weekly steps to the vision

As a rule, he does something quite the opposite when overwhelmed by life and with no time whatsoever for serious reflection.

And that’s exactly what he did. He started right away with the weekly steps without going through the vision first.

This sounds very simple. And it is – once things start moving he determines his next actions on the fly by just following his intuition.

Ivan and his “rough ride”

He was so pressed for time that he had to focus on this one task and suspend any efforts on the rest. While it is optimal to set no more than three goals, for him at that point it was one and only one – wrapping up the publishing of the book. So, he formulated his objectives for the next 90-day period almost instinctively and without giving it much of careful consideration.

As it is often in life, it also happened so that he was forced to make yet another decision – about his financial vision. It was urgent and it could not be left for later anymore. So, without taking the time to analyze and plan, he took on this additional 90-day goal.

How we got back on track

This is extremely important:

Although we missed the quarterly meeting and did not follow our own rules we realize that it was “GoalBuddy” that helped us get back on track. This transpired in three major ways:

# 1 The power of momentum

We have been using our system for years and therefore we had accumulated a lot of potential energy to move forward.

All the habits that we formed while acquiring new skills became an integral part of our identity. One can call it a “deposit account” of sorts which we can draw resources from in difficult times.

We have reached such a state that the “wheel of life” keeps turning almost on its own pushing us to keep going on.

# 2 The power of the Goal Buddy

This person next to us is the one element in the system that sets it apart from any other. It is the insurance policy for implementing the other three key elements (the vision, the 90-day goals, and the weekly steps).

The foremost rule is always, without exception, to meet and talk with your Goal Buddy once a week. Whether you are ready for it or not, this regular discussion will keep you on course despite any distractions or emergencies.

This is exactly what saved the day. The two of us might have done things differently and not always might have had the opportunity but we never skipped a meeting.

# 3 The power of writing down our goals

Let’s imagine you’ve set and written down 3 objectives. You also have been measuring your progress regularly. There will be this moment of great satisfaction when in the end you successfully finish the given tasks. That’s the reward at the end of the quarter when you check off as completed these 3 important steps towards your dream. That’s how you gain confidence and begin to reinforce the belief in your ability to pursue bigger and bolder dreams.

The alternative scenario is not to be envied. You might work hard and manage to do a lot but, in the end, you won’t know how much you’ve achieved. This hardly helps with boosting your self-esteem and conviction that you can deal with anything.

Writing down the goals is the easiest, most meaningful and helpful way to measure your progress. No one can get done much without taking full advantage of it.

This is what works!

Let’s not fool ourselves though. Having only a vague idea about what we want will not help us to be successful.

Each of us needs some sort of support system. It means a proven methodology that will not allow us to forget what we are aiming for. Nor will it let us neglect our higher aspirations because of the overwhelming nature of our everyday life. After a while it becomes an inherent part of us providing a big and constant momentum.

No matter how busy and overworked we might be the clarity of purpose and the Goal Buddy are indispensable.  It will be just a question of time before all other pieces will fall into place and success becomes a reality.

How to take control. Financial Goals - part III
The key to perseverance (even if self-discipline isn’t your forte)
Seven “hacks” to boost motivation when results are poor or non-existent
How to stop practicing self-sabotage