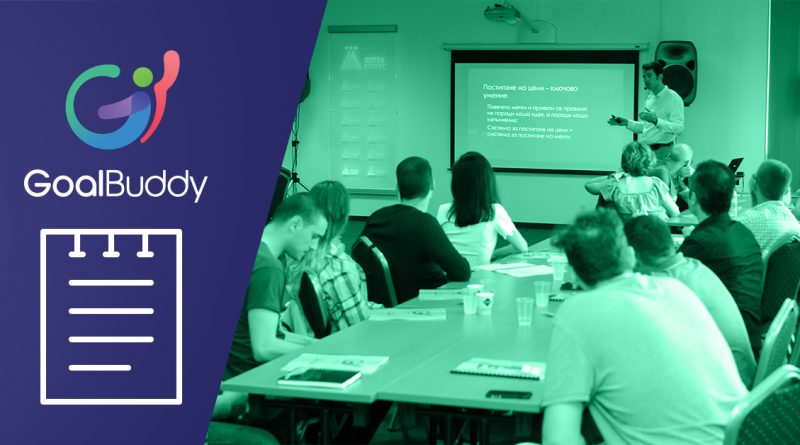 Not that long ago Niki had to witness the manifestation of one very consequential psychological phenomenon. We all have this inclination to let a tiny hurdle stop us in our tracks. Of course, it is much more preferable to have it the other way around. Namely, to transform the inner issue into a driving force for speeding things up while on the journey towards our dreams.

Today we will see how to do that. But let’s first tell you about Niki’s encounter.

In the locker room

One day after a particularly demanding work-out he was talking to a guy, a fellow gym-goer, about taking part in an upcoming half-marathon race.

The guy was a dedicated regular at the gym. He was also highly driven and with a competitive streak.

Maybe that’s why his words completely took Niki by surprise.

It turned out he was a track and field athlete while in high school. And nowadays he is harboring such a limiting belief that his nicotine dependancy is too much of an obstacle for him to start running again on a regular basis.

Apparently, that was bothering him too and that’s why he shared with Niki how much he wanted to get back into the aerobic exercise.

The solution which is obvious to anyone else

At this point, Niki knew what exactly the problem was.

There were many approaches and ideas he could offer. But he wanted to do it right and let the guy get it on his own. So, he decided to nudge him in the right direction with a simple notion.

“And what if you start running anyway? It is something you love and it might actually slowly get you away from something you hate (smoking)! Isn’t that a natural way to get rid of something that’s bad for you?“

Our eating habits are like that too. If you are a regular at the gym you will start eating less of the heavy and otherwise unhealthy meals, right? It seems that your body understands how to best meet the higher energy needs of a regular physical exercise by avoiding heavy and hard to digest foods.

The guy readily acknowledged this line of thinking that one good routine can get you out of a bad one.

They continued talking about expanding one’s comfort zone and how the seemingly impossible comes within your reach through a sequence of incremental steps.

In the end, Niki had no doubt that his suggestion made an impression on the young man.  “Who knows”, he thought, “Maybe we’ll see him on the day of the race after all.”

This episode has made us wonder how often something quite minor can stop us from living up to our full potential.

In our system, we try to turn the table in such situations. We look for and seize on these little things. But we try to use them in such a way that they work for us instead of becoming an ongoing drag.

How is it that we are the ones who put blocks on our own way?

In the above case it was the precondition: “In order to start running, I have to stop smoking.” And that’s one sure way to fail.

It’s such a typical attitude: “In order to (achieve my goal), I must (remove the obstacle)”. There is no one else but we who pick up and then throw the monkey wrench in. It’s better to just start working on our objective while anything else that might otherwise slow or stop us will be taken care of later.

We have outlined three ways in which you can use our system in that respect.

# 1 Your Buddy can see it best

Often times when you are under the spell of some limiting beliefs it is really hard to see what really goes on. However, a different and well-presented point of view can open your eyes. Here comes their responsibility. The person who cares about your success is the one who is willing to help without making an intervention out of it.

This is one of the biggest advantages of having a friend next to you. It’s not only easier for them to see the essence of the matter but they also have a more realistic assessment of it.

How is this done:

Your Goal Buddy would do exactly what Niki did in our story:

There is something else here – the system would also help you with your actions.

# 2 The steps that can bring in some remarkable progress

It’s no mean feat to quit smoking. And yet, getting all the circumstances right isn’t a piece of cake either. That’s why we’d rather make the first step not waiting for all the stars to perfectly align for us.

Our system is deliberately geared up towards the following. It urges you to get on the long road making the one first step.

Sometimes this first step starts a chain reaction of many others. That’s what we like to call the “domino steps”.

How small is small enough!

You will be amazed how little is in fact needed. A successful and popular writer we know is a very telling example. He used to write for hours on and didn’t do any physical exercise. He wanted though, but for many years he struggled to do it.

Eventually, he did it with the tiniest possible effort. You may very well think it was perhaps a few pushups and a couple of presses? Well, less than that.

He would leave his sneakers in front of the front door. It finally dawned on him that in order to exercise, he had to go out.

So, next morning he had to step outside once he couldn’t find his running shoes in the hallway. And then he walked for a little bit. And that was it – each day he was walking a bit further down the street. Eventually, he made it all the way to the gym (he didn’t go in). He did that on the next day. The running shoes on the doormat proved to be the key to opening the door for physical exercise. Those seemingly insignificant but successful steps are the first thing that contributes to building his new habit.

Niki’s own dealings with self-sabotaging and small steps

He likes to experiment with various diets, regardless if it is for building up muscle or burning fat.

And that’s perfectly okay. Except that he used to give himself too many pre-conditions. He wanted to calculate everything based on his body type. “How many calories a day” or “how many grams of the main food groups” were just some of these. And on top of that, he always wanted to run some tests, like FBC (Full Blood Count). And then he would track his weight for at least a couple of weeks. Can you see the familiar pattern here “in order to…”?

Of course, he knew very well that all of these would considerably slow him. He was wasting too much time on things that other people would easily do on the fly without much fuss or effort.

In the last couple of years, he managed to break out of this vicious circle by applying the tactics of the baby steps. He initiated a diet with something quite simple – minimizing the size of his dinner and substituting some of the typical for him foods with salads.

These two minor changes had an immediate and visible effect.

After the first success, you become more willing to go on right away with your next step.

For him, it was not to skip breakfast. He would start making it the night before. The idea was that he doesn’t have to make a rush and often unhealthy choice in the morning. That’s how with the assistance of a small action he put yet another bad routine behind himself.

However, it is imperative to go beyond this strategy. Otherwise, you won’t be able to get the desired rate of progress.

Our system will take care of that too. Here it is how.

The basic rule here is not to focus on the end result, but instead to look at your own actions and the corresponding outcome. And each new success will add to your confidence to set even higher objectives. The comfort zone will grow bigger and this will allow you to advance further.

The review process in our system is done every 90 days. This is when motivation levels usually go down. At this point, you look back at what’s been achieved and make an assessment of it. And then you set your next 90-day goals.

What is the effect of this process?

If the score didn’t matter, why keep track of it?

There is some interesting research that revealed how far going measuring ourselves could be. It turns out that it exerts a considerable motivational force on us. The statistical distribution of marathon finish times shows most of them to be around the top of the hour. The world record is about two hours, the next peak is just before the third one, and then again there is a spike at the last few minutes before the fourth hour. It’s psychology 101 to realize how tempting it is to try to accomplish something within some timeframe. And the top of the hour in this case is a perfectly natural one.

Nowadays it is much easier with the available new technology. You can keep track of both time and effort. Once you can see what you are doing right or not you can start competing with yourself.

And finally, let’s not sabotage our own goals

It’s not complicated at all.

Find your Buddy – the person to discuss your dreams with. By knowing you well as well as your aspirations, they can help you outline your limitations and give you the courage to reach beyond them.

So, don’t waste time and kick it off right away with this first easy action aimed at your goal. And then make another one and another one. You keep doing this until it becomes an instinct for you to succeed.

When you run this process the right way you will know how far you’ve made it. And let this be beyond your wildest dreams!

Why do I tend to procrastinate when I am doing it all by myself? [A strategy for getting rid of this...
The 12 things you need to agree with your Goal Buddy now
The key to perseverance (even if self-discipline isn’t your forte)
A career vision – how to discover your true mission