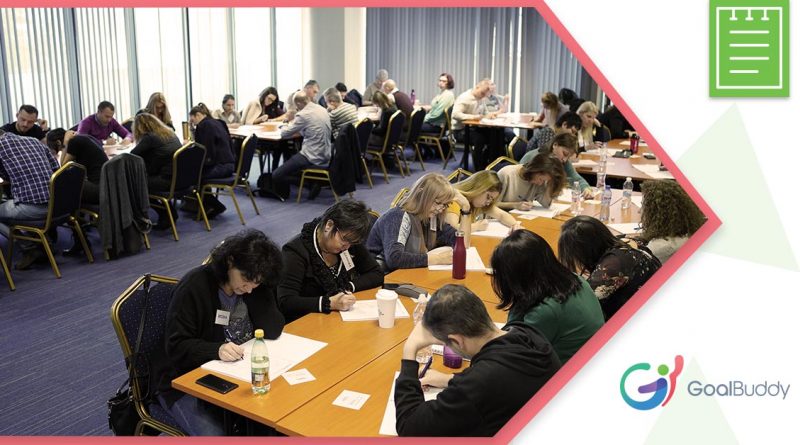 We’ve been always on the lookout for ways to increase our productivity in goals. But we also pay close attention to what other people experience in that respect. It seems that there is one factor that plays a major role.

Today we will dig deeper to find out why we are much better when in a team. But let’s tell you first about two stories from last week.

A friend of ours told us about this small thing he had to do at work but he never got to it for several months. It wasn’t anything difficult or time-consuming. He just couldn’t force himself to even begin it. And that was so until he had someone to assist him in this. They rolled up their sleeves and all was done in just a couple of hours.

He had to admit to himself that he is much more productive when teamed up with someone else. When left to his own devices he has a hard time with even the simplest task.

A couple of weeks ago he did a five-day fasting program. As expected, the low-calorie intake made him extremely week. He had trouble with focus and energy which meant it took him much longer to complete anything.

However, he noticed something unexpected – especially in the first days, when he felt the worst and weakest. His curiosity was triggered by the fact that he was able to wrap up only those tasks that involved other people.

“I am able to jump to action only when I am expected to do so by someone else while when alone I simply couldn’t do so.”

Why do I leave things for later when there is no one by my side?

The foundation of the “GoalBuddy” system is its social element – the support we get from our Buddy.

We always knew that but these two stories from last week made us wonder why it is so. Why are we so much better at almost everything when doing it together with someone else? Or to change the question a bit – why are we such slackers when left alone?

And then we came across some very telling statistical data.

What are our chances for success (percentage-wise)?

We came across one very interesting study[1] on how you can drastically increase the odds of finishing any endeavor of yours. In short:

And now comes the most telling part…

The bottom line here is obvious – having someone to report to makes the chance for failure go down to only around 5%.

Well, it is a scientific fact now. This analysis is so close to our understanding that it sounds too good to be true. But it isn’t, not all. (We’ve been always claiming that 94% of people without a support system give up their goals in the first couple of weeks)

So, if you have clarity (vision), properly defined objectives (90-day), and a Goal Buddy to talk to every week about your future actions (small weekly steps), the success becomes inevitable.

In our book as well as during the workshops we illustrate this with the many stories of all those thousands of people who use our system.

What is the role of self-discipline?

Unfortunately, will power and discipline aren’t unlimited. Anyone who has failed in any type of endeavor can testify to that.

At the same time, the human being is a social animal. When we have a mechanism of “reporting” to someone we respect and don’t want to disappoint, things are very different.

This is best manifested in the case when we have a partner.

We did our 115th podcast just last week and Ivan reflected on the fact that he wouldn’t be able to do that all by himself. He would have struggled to keep the weekly schedule and most likely he would have quit at some point. Instead, it is more than 2 years and we are still going strong.

And how about being fully dedicated?

Just like confidence goes up after we get into the thick of things our motivation isn’t far behind. Therefore, we do not need much of it to start acting.

No, you didn’t misread this. Motivational levels go up after we’ve already achieved some results.

Everyone knows that the first time in the gym is the hardest but only a few more times and we are much more excited. And then in a couple of months, when the positives of it become apparent we become much more dedicated.

We all need energy and we will find it in our actions. However, these might be the type of small steps that are easy to skip sometimes. That’s exactly the time this person comes in and does the best to keep us on the right track throughout.

The Goal Buddy… but who that might be and how they are helping?

In the best-case scenario, this is someone you trust to share all types of objectives. The two of you define the 90-day goals for action according to your visions and you keep going like that every quarter.

In our book, we give some examples of how you can have a Buddy for only one objective. There is nothing wrong with partnering up with someone just for health, finances, relationships, etc.

It will be very good if that’s a professional in the respective field – a coach, financial consultant, couples therapist, or a mentor at the workplace.

And why not consider a team in that role, right? Behind any personal success, there is almost always the invisible effort of many more people.

We come now to one tricky part:

We’ve already stated that when you have to keep a promise to someone who you see as an authority then you try harder to do your best.

The question is: Will you manage to get more things done in the next 2 hours?

Or the alternative one: Will you be more productive when shoulder to shoulder with someone else and thus you stay on schedule and never put off things for later?

Let’s look now at some ways how to increase our effectiveness when working together with someone else. Or to state this in different words… how to organize your day so that you can get more things done in that context.

It depends on what you are doing at the moment and what you are aiming for, but energy matters a lot when the outcome has an emotional component.

You can choose that time of the day when you are at higher energy levels and that will reflect well on the outcome of your efforts. For example, when we do a podcast in the morning we always get a good boost for the rest of the day. And when we make the record in the evening after our work, it’s nothing like that.

Tactic # 2: Feeding off other people’s energy

We get to witness this phenomenon all the time. A face-to-face meeting with someone focused and with the right attitude to the objective results in 2 very important things.

First, the job is being done on time, and progress is guaranteed.

The other thing is that even after the meeting is over there is this “residual energy” that stays with us for a certain period of time.

Here’s how to take advantage of this:

There is always the risk that a meeting can devolve into a long and pointless talk. That could easily happen even if everybody is on the same page and motivated to their fullest.

That’s why we have one top rule – we follow a well-established procedure.

First, one of us goes over /10-15min/ what has been achieved, what the challenges are, and what the plan for the next step is. Then the other one does the same. We don’t interrupt or discuss anything else until we finish this part.

Only if we have the time we can indulge in some extra talk.

How do you feel about today’s topic? Are you better alone or in a team? How helpful the process of expressing openly your commitment is? Who are those people that make you highly productive? Maybe something new that you experienced will benefit other readers as well. Thank you in advance!

[1] ATD – The Association for Talent Development is doing regular studies on how to improve the chances of achieving our goals. These are widely cited by the such as Forbes and The Observer.